The Beer Czar sends word that finally in 2013 Salem will have official Zwickelmania activities planned!

Timed to coincide with Oregon's birthday in February, the fifth anniversary edition offers tours and tasting at Oregon breweries. In years past Salem has been absent, but this year, the Czar reports on Facebook, tours will take place in town on


11am-4pm Saturday February 16th 2013. The whole event is anchored around a "beer bus" which stops about once an hour at each brewery bringing people from one brewery to the next....Participating breweries are Santiam Brewing, Gilgamesh, Big Horn, Thompson's McMenamins and Pale Horse.

Also coming in today is news about a holiday festival at the new Gilgamesh pub on December 2nd. There's two Beer Czars/Zaars now! We're not sure how many outside craft vendors there will be - but hey, it sounds like a great time. And the dueling names a sure sign the beer scene is growing and maturing. 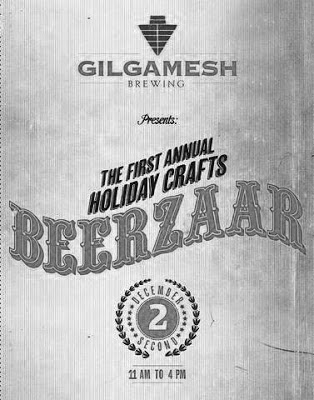 Posted by Capital Taps at 11:00 PM No comments:

We're certain this is rocketing around the twitterverse and internets! 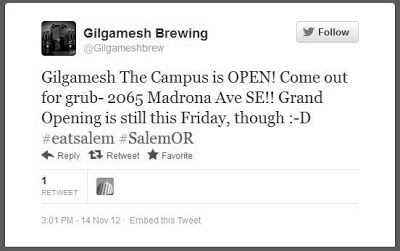 Spies from the Greater Venti Empire also infiltrated last night and have a report.

Complete details at the Gilgamesh blog. (Update:  Lisa Anne with a preview over at eat Salem!)

Prost!
Posted by Capital Taps at 5:00 PM No comments:

Peppermint Flat and the Bawdy Houses on the Radio!

There's been a flurry of google searching on "peppermint flat" and we wondered what it was. Turns out it's on the radio! 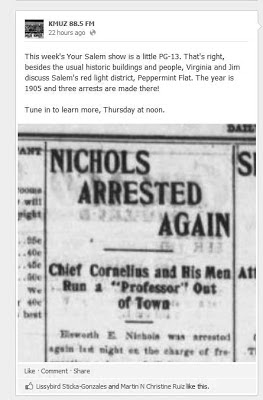 This is great! The history show on KMUZ, "Salem through the Years," has picked up the story of Salem's red light district.You can listen to the podcast on 1905 here.

For even more on E.E. Nichols see our note here. And you can read all about Peppermint Flat.  For all our stories on Salem vice, see here.
Posted by Capital Taps at 10:00 PM No comments: