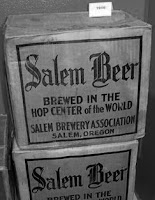 The show at Mission Mill, History on Tap, is mostly pretty great.  There's lots of beer history that most folks probably don't know about.

Perhaps the best part is the look at the Temperance movement, its relation to early feminism, and an ironic underscore on women's suffrage's first act:  Prohibition.  As soon as women got the vote, they banned alcohol.  We would not want to go back to denying anyone the vote, but at the same time, the expansion of suffrage here didn't necessarily result in winning policy.  In this centennial of women's suffrage, it's great to see some of the ambiguity and ambivalence discussed.

If there's a problem with History on Tap, it is that it sometimes looks like a beer collection in search of a curator. There's too much collectible stuff presented as "artifact," and not enough theme and thesis on the significance and context of the collectible. In particular, the relation of beer and hops to Salem's politics, economy, and culture isn't always explored as it could. 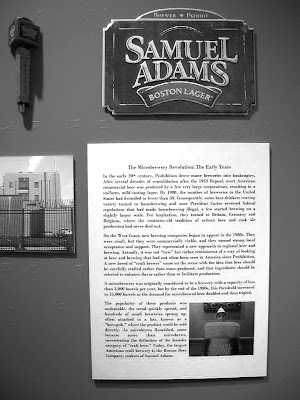 Sometimes the commentary is reading maybe not fully fermented and thought-through. We're not sure what Samuel Adams has to do exactly with the "new brewing companies" on the "west coast" in the 1980s. As an east coast company, Sam Adams is a little out of place.  Sierra Nevada would have been a much better illustration - but lacks the punny relation to "revolution" in the subhead. Sam Adams is also a contract brewery, more a sales and marketing firm for a brand than a manufacturing facility - it doesn't have the there there so much.  What "heritage" it has is mostly hype and hoopla, a triumph of branding over substance.  We look to the Mill and its exhibits for more of a critical eye on authenticity.*

Much of the time there's a glorious excess, a positively Victorian treatment of wall and space. 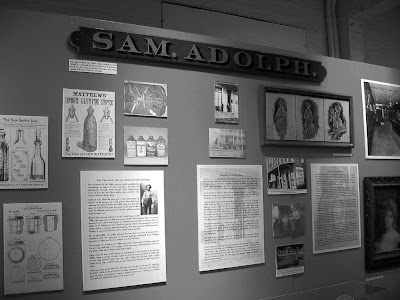 The wall of our Sam, Sam Adolph, is grand, but not everything relates to Adolph, and the omission of a discussion of his house and of the commercial block on State Street is notable for a Salem museum.  He was also at the center of an important early community of Jews in Salem.  There are more dots that could be connected!  More ties to local history and place.

How about more on the Mayors of Salem whose fortunes, political and financial, derived from beer and hops? What about all the buildings?

As important and visible Salem landmarks, Mahonia Hall and the Livesley Building would have made for a great center to the show - but if they were mentioned in any detail, we missed them.

The show we would have liked to see would start with the the buildings, the visible and enduring big physical artifacts, even infrastrucure, funded by hops and beer fortunes, and then work its way down to the beer collectibles, the brewiana. (Your mileage may vary, of course.)

For us the show is a little upside down, and in this and other parts it feels underfermented and underdeveloped.

Instead, we get more Portland history - too much on brewing statewide and not enough on the history of Salem and Marion County.  Sometimes it looks like materials were developed elsewhere at a different museum.

In the end is it worth a visit? Absolutely! But is it all that it could be? Well, it could do with a good bit more depth and analysis of local significance.

We give it a half-full pint.

Have you been? What did you think?

*At the same time, this illustrates a problem with the concept of "heritage." So often the word heritage implies a myth of origins and not sober history, warts-and-all. We worry sometimes that the "Willamette Heritage Center" will have a new focus on local boosterism and that we will lose the focus of "Mission Mill" and the "Marion County Historical Society" on actual history. The bit on women's suffrage and the Temperance movement is a good counter to the sometimes gauzy celebration of "the ballot" in 1912, and we hope there is more of this to come!
Posted by Capital Taps at 11:30 AM 2 comments: 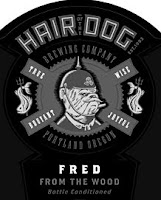 There are few who get a beer named after them. Fred Eckhardt has more than one of them!

Hair of the Dog has honored Fred in several versions of Fred. As part of their 30th anniversary, Sierra Nevada brewed a special beer. Two years ago it was on tap at Venti's. He's even got a festival, the Fredfest. Yup, he's a big deal.

And  tonight he'll be at Mission Mill. 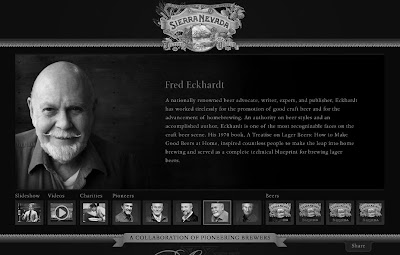 
Fred Eckhardt, former Oregonian beer columnist and author of The Essentials of Beer Style, can be credited with being the driving force behind Oregon’s microbrew revolution. Current Oregonian Beer Reporter John Foyston will have unscripted, free-wheeling and entertaining conversation with Fred about his half-century career as a nationally-known a beer writer, historian, critic and guru.

Part of History Pub at The Mill Series--Sponsored in part by McMenamins Pub & Breweries and Law Offices of Ryan W. Collier
5:30, Thursday Evenings, July 12th through August 9th
Come raise a mug and listen to tales about those who brewed it, fought it, campaigned for it, picked hopes for it, and sold it, both legally and illegally. The WHC History Pub presentations will explore the various aspect of Oregon’s beer heritage.

Science Pub is this Wednesday at Brown's Towne!


Few people realize there is a pod of about 70 gray whales that spends the summer off the Pacific Northwest coast. These whales winter in the waters around Baja, but opt to cut short their summer migration to Alaska in favor of spending the season in Oregon waters. At this Science Pub, professor and researcher Carrie Newell will reveal what compels these whales to return to and remain in Oregon waters summer after summer. Newell will also share detailed insight into individual whales’ personalities, habits and diet, as well as explain the research scientists are conducting to record and preserve the pod.

And at long last Santiam Brewing opened shop. Looks like they'll be open again on Thursday and Saturday. Hours are limited, so check twitter and facebook for the latest.
Posted by Capital Taps at 10:00 PM No comments:

Here are three nearly identical buildings in Salem. It seems pretty clear they were built about the same time and for the same firm. Can you identify the locations? (One of them is super easy! But the other two might be a little more difficult.) 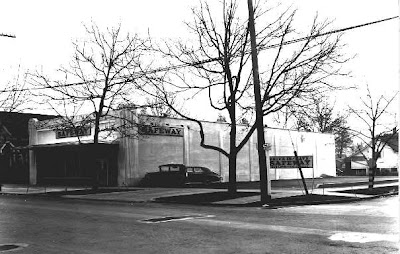 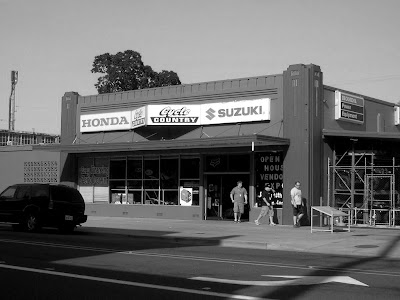 Do you know of any others in town?

We'll be back with answers later!

(Thanks to RC for many of the details and connections!)
Posted by Capital Taps at 2:00 PM 3 comments: